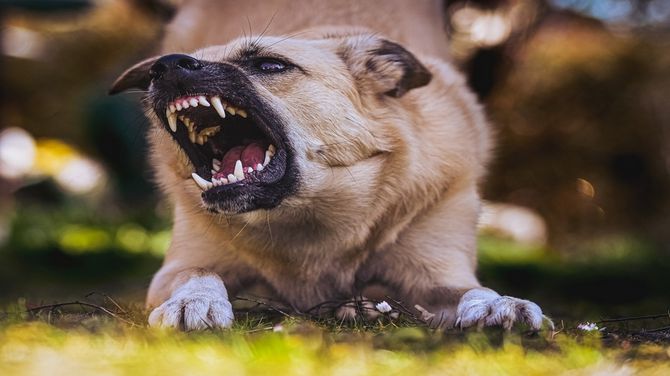 Most people would concur that having dogs is the finest method to keep your home secure and find someone to snuggle with when you’re feeling low.

We all have the general conception that dogs are cute and friendly. Yes, I also agree with you but to some extent as there are many dogs in the world that are known primarily for their aggressive nature. 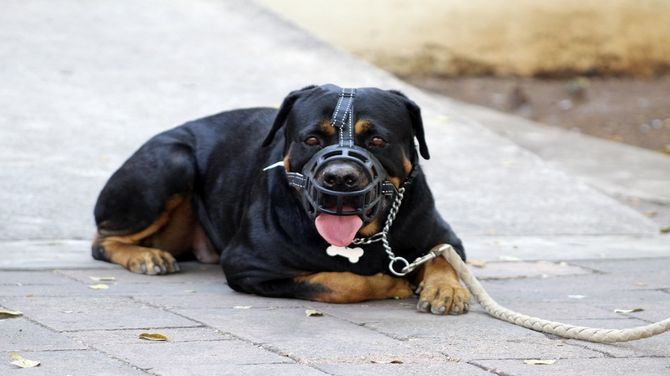 Rottweiler, widely known as an affectionate and pet-friendly dog breed, is also known for their aggressive nature. The German village of Rottweil is where the Rottweiler derives its name. The term “Rottweil butcher’s dog,” which was its original name, was eventually abbreviated to Rottweiler.

They have short hair, straight, thick fur, and may weigh anywhere from 80 to 125 pounds. They were previously used primarily for hunting purposes. Later, they gained popularity in the United States as security dogs, and many joined the army and police.

Though this breed is child-friendly, but for its aggressive nature, it is advised not to keep them near children. 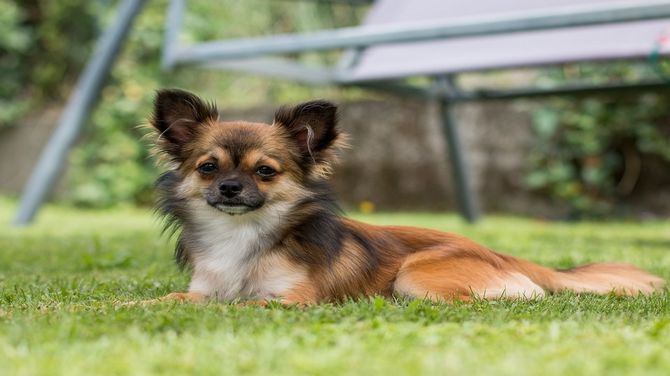 You will probably wonder how these little dogs can be on the list of aggressive dog breeds list. Well, they really are. Chihuahua is considered one of the tiniest dog breeds in the world. These tiny little dogs weigh around 5 to 8 pounds with a lifespan of 12 to 16 years.

Chihuahuas are primarily one-person pets who are highly dedicated and loyal to their owners. They can be too loyal to the point of jealousy and may bite others who approach their owner too closely.

As Chihuahuas are not child friendly at all, it won’t be a smart choice to keep them in your home, especially if you have got a child in it. 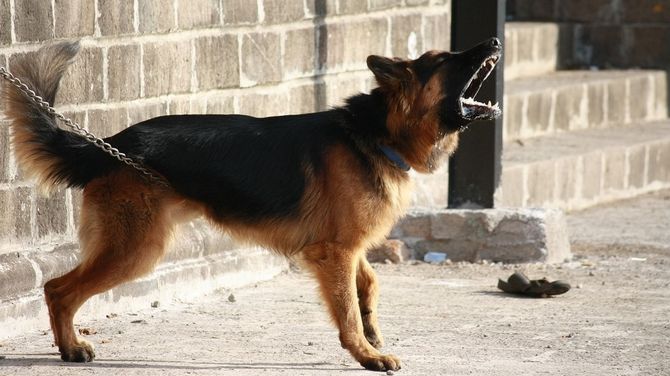 German Shepherd is undoubtedly one of the most popular breeds in the world, widely regarded for their intelligence, courage, and aggression. The dog breed is very easy to train with an athletic stature, no wonder why they are massively used in military and police services all over the world.

These dogs also possess very powerful jaws; their bite is capable of breaking bones. Their weight ranges from 55 to 90 pounds, with an average life of 12 to 15 years.

This aggressive breed of dog can also be a delightful companion in your family if they are trained appropriately from a younger age. 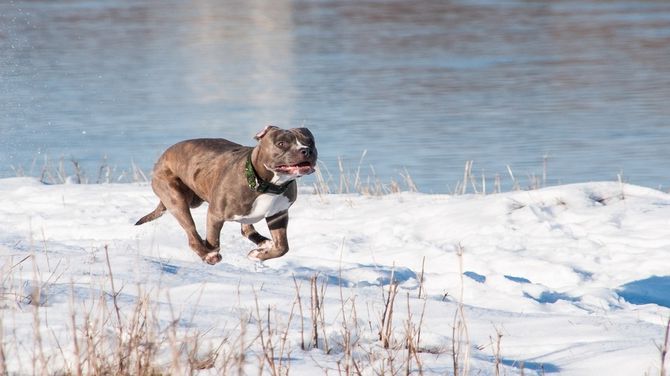 How can we forget Pitbulls, while talking about aggressive dog breeds? There are many types of pitbull dogs, but here we are talking about the most aggressive one, American Pitbull Terrier. These dogs are medium in stature, weighing around 10 to 15 kg with a lifespan of 12 to 14 years and they can be of any color.

Pit bulls were raised to be brave and competitive, to keep going no matter what the situation. They are courageous, persistent, and obstinate. When around youngsters, pit bulls should be closely watched, as with any large dog.

However, depending on how they were reared and trained, pit bulls may also be the most loving and devoted house dogs.

Data from various internet reports shows that between 2005 and 2017,  dogs murdered 433 people in the USA, with Pit bulls being responsible for 66% of these deaths. 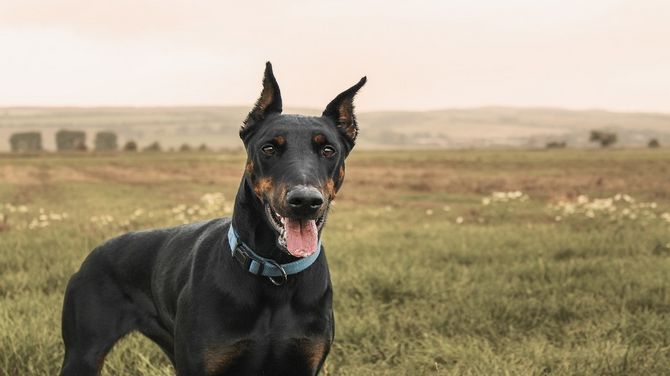 Doberman Pinschers are widely used in the military and armed forces for their intelligence and energetic movements. The word “pinscher” derives from German that describes the breed’s propensity for attacking and eating prey.

Untrained Doberman Pinschers have a strong tendency to be wary of strangers and may act aggressively if they believe that their family or home is in danger. Thus, your Doberman has to be socialized from a young age so that they can learn how to act among strangers.

They weigh between 65 and 95 pounds, and their dense, lustrous, short-haired fur comes in shades of beige, black, brown, and the like. 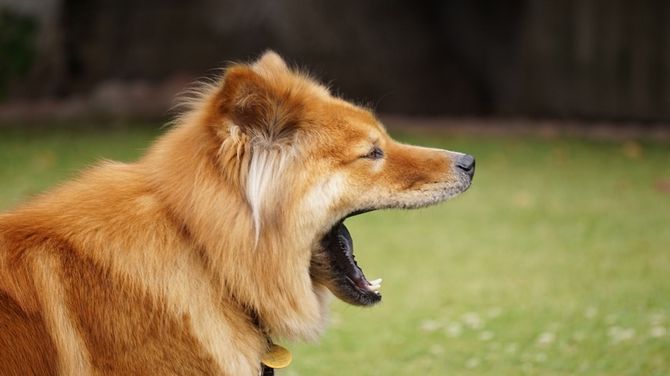 I know, you are probably wondering, how can these cute teddy bear dogs come on the list of aggressive dog breeds. The majority of Chow Chows are aggressive and will react angrily to other dogs or visitors who enter their territory.

Little is known about their origin, but it is believed that they were bred in China for multiple purposes like guarding and hunting.

If they are not properly socialized, this breed can be aggressive against strangers and other small animals and may bite more frequently than other breeds. So if you are planning to adopt them, you should confirm that you have enough time to devote to training and caring for the dog. 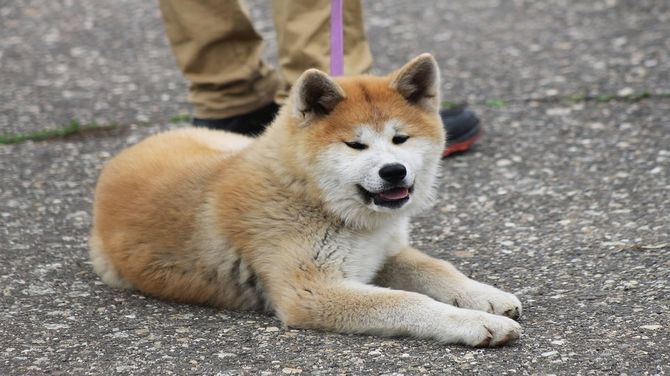 Akita is a medium size dog breed, known for its aggressive nature. The Akita Inu (Japan) and the Akita (America) are the two subtypes of this breed. Both of these breeds are energetic, strong, intelligent and aggressive.

Akitas are widely used in military services. It is believed that renowned author Helen Keller brought the very first dog of this breed to the USA.

Akitas can be made highly watchful guard dogs as pets since they are frequently suspicious of strangers. If not properly socialized at an early age to assist them to learn to distinguish between safe animals and humans from real threats, they can be hostile toward other canines and may attack. 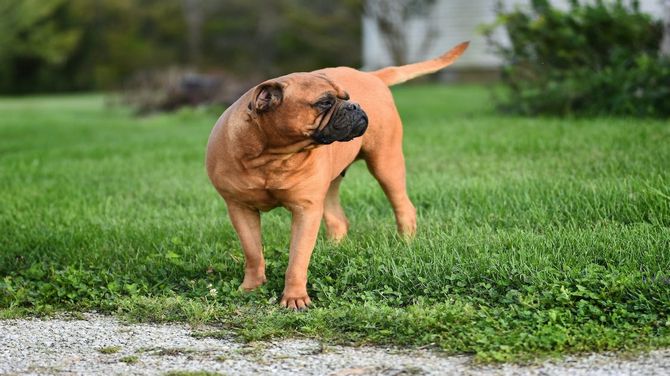 Bullmastiff is known for their aggression and intelligence in the world. The breed weighs something between 100 to 130 pounds and lives a life of 7 to 10 years. Bullmastiffs are often called ‘silent watchdogs.’

Due to their often peaceful and laid-back demeanour, they can be the appropriate dogs for families. The bullmastiff’s easygoing nature among family members is likely to change when a newcomer is around. These dogs can be aggressive against strangers and have a tendency to be very apprehensive of them.

Between 2005 and 2017, 14 fatalities were caused by bullmastiff bites, according to data from various reports.

Dachshund is perhaps the shortest yet most aggressive dog breed on our list. They were originally bred for hunting, but with time, they evolved and now they are used for multiple purposes. Dachshunds weigh between 10 to 35 pounds with a lifespan of 10-14 years.

Given that Dachshunds were originally bred as hunting dogs, it is not surprising that they are skilled diggers. They have long back, floppy ears, long faces, shorter legs and come in different hues like black, brown, tan, grey, etc.

Due to their strong passion for hunting, dachshunds are aggressive against tiny pets like mice, rats, and hamsters, so keep them away. 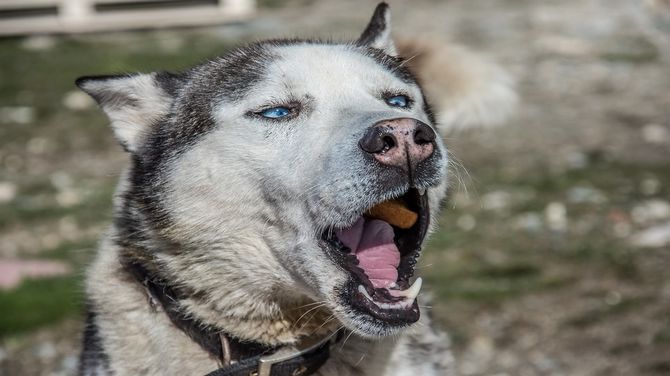 Siberian Huskies which look like wolves, are known for their aggressive behaviour. The dog breed was bred for working purposes mainly. They were accustomed to hauling sledges across great distances in freezing climates in earlier times.

These dogs’ hostile and unsociable behaviour can be attributed mostly to a lack of socialization and proper training. The Siberian huskies have a built-in winter layer to protect them from‌ severe winter.

Huskies’ intense hunting drive makes it unwise to generally leave them alone with tiny animals. These dogs are highly energetic and courageous, making them a perfect breed for rescue work. 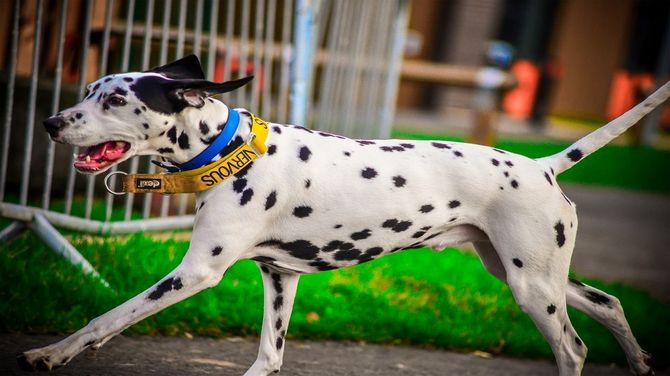 Dalmatian secures their position on the list of the world’s aggressive dog breeds for their innate nature. They could appear sweet and innocent until something causes them to act aggressively.

An interesting fact about the dalmatians is that, when they are born, they remain completely white but start developing white spots almost after two-three weeks.

Dalmatians can occasionally turn aggressive if they aren’t kept under control or if anything catches them off guard. Socialization from an early age might be a smart choice if you are planning to adopt one.

They get along well with kids, but if their master doesn’t pay them enough attention, they could start acting up. They require a decent area to let some of their energy out because they are high-spirited dogs. 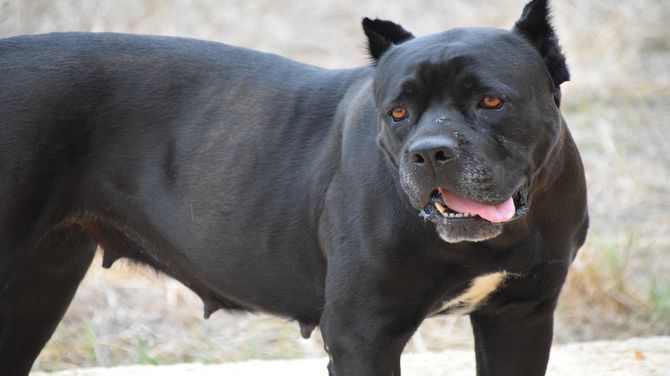 The frightening look of Cane Corso perfectly goes with its aggressive nature. The giant mastiff breed was bred in Italy, mainly for hunting and guarding. This breed can be a threat to smaller animals like birds, cats, and chickens, so keeping an eye on them is a must.

The large breed weighs more than 100 pounds and they can be as tall as 30”. They have powerfully muscled torsos and huge heads with intimidating looks. The breed is very domineering and protective.

Cane Corso will not be pleased at all with the strangers, who come to your house. Thus, to avoid any violent behaviour as they become older, it is crucial to properly train them when they are still young. 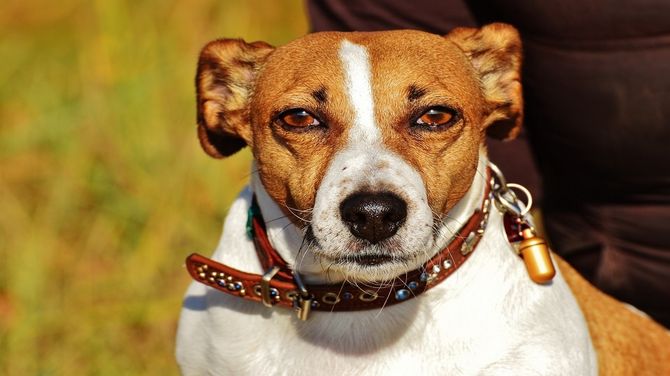 Jack Russell Terrier is a tiny but aggressive dog breed. Surprisingly, you can’t expect the dog to be aggressive with so tiny a stature. The average weight of these breeds remains between 14-18 pounds with a height of 10 – 15 inches.

These intelligent, quick, and lively dogs were created for hunting in the mid-19th century. The breed is predisposed to bite if neglected or improperly socialized. Although their bite is less dangerous than those of bigger breeds, it is still important to properly teach your dog.