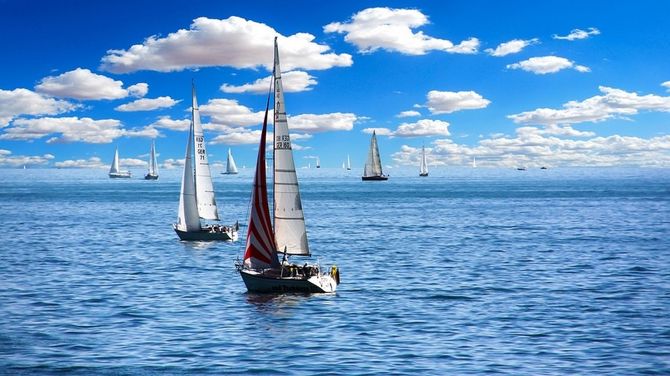 Approximately 71% of the surface of the world is submerged in water. There are various water bodies on the earth, like lakes, rivers, ponds, and oceans being the largest of them. There are thousands and thousands of lakes found on the earth, every lake is different in size and characteristics.

These lakes are essential to the smooth operation of our planet Earth since they serve as freshwater supplies and habitat communities. Here in this article, the following list contains the world’s eight largest lakes. So, without further ado, let’s begin.

8 Largest Lakes in the World 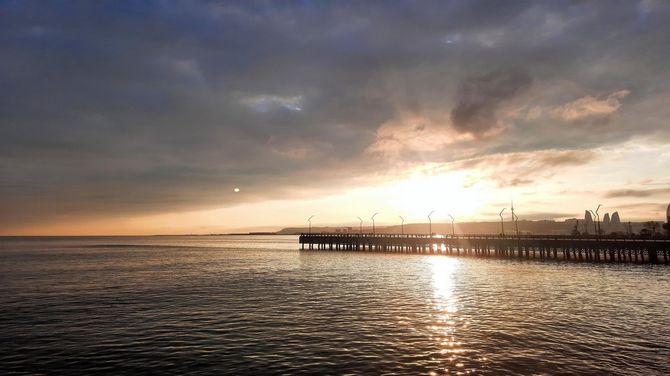 There are several large lakes in the world, but the Caspian Sea dominates the list. Though the name suggests it as a sea, it is in actual sense a lake or endorheic basin with a depth of 27 meters below the sea surface. The beach doesn’t have any outflow of water and as far as the inflow is concerned; it is connected to rivers Volga, Kura, and Ural.

The Caspian Lake, for its enormous size, has its own ecosystem and a large variety of indigenous species are found in the lake.

Among the species that live here are the Caspian Turtles and Caspian Seals. The lake’s water is a little bit salty but roughly one-third as salty as the average seawater. 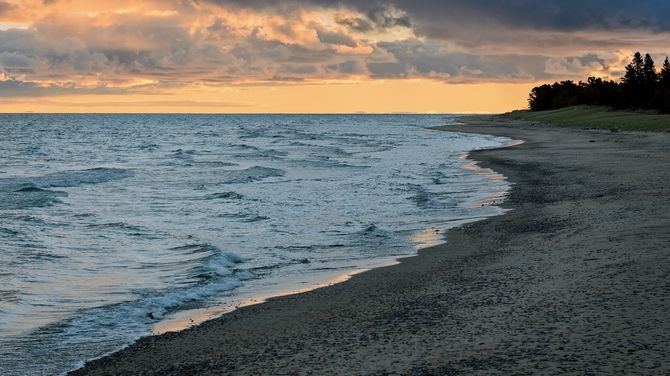 Lake Superior, which is considered the biggest freshwater lake on the planet, has also the distinction of being the largest of the Great Lakes in North America. It is one of the three largest lakes in the world by volume and accounts for 10% of all freshwater surface areas.

Tourists take great delight in visiting the lake as it is rich in its charming beauty of nature. Kakabeka Falls, Presque Isle Park, and beautiful roads never fail to amuse visitors with their splendor. Along with being the biggest lake in Canada, it borders the states of Minnesota, Michigan, and Wisconsin. 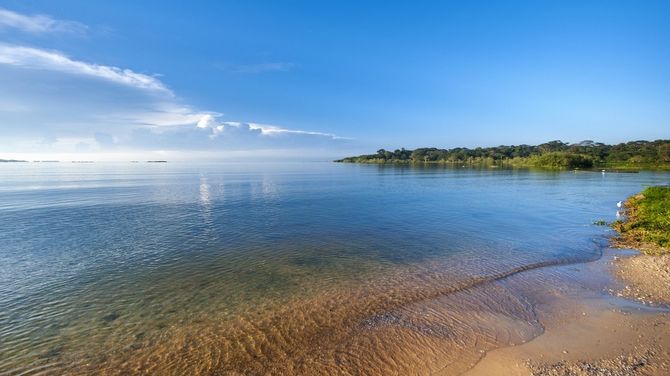 Apart from being the 3rd largest lake in the world, it is also considered the largest of the Great Lakes of Africa. John Speke, who originally described the lake, gave it the name Lake Victoria in honor of British Queen Victoria.

The lake is well-known for its wildlife, and its freshwater is home to a wide range of fish, including tilapia, perch, and numerous rare kinds of cichlids.

Lake Victoria is also rich in its ecosystem and is home to several indigenous species like Nile perch, Santa Maria feverfew, African Helmeted Turtles, etc. The lake is also famous as a tourist destination among both its local and international gourmets. 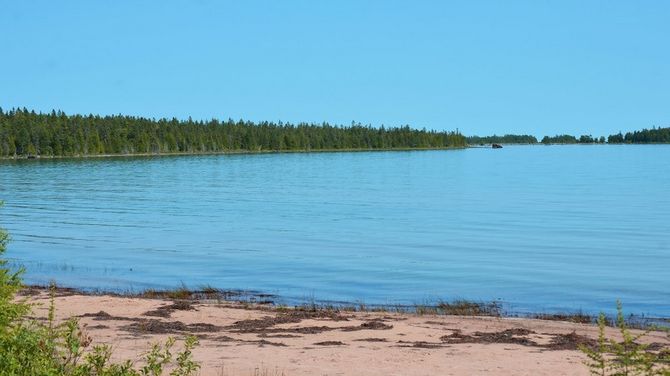 The Straits of Mackinac connect Lake Huron to Lake Michigan, making Lake Huron the fourth biggest lake in the world. It is the second-and third-largest Great Lake in North America based on surface area and volume, respectively.

Lake Huron has a surface size of 59,600 km² and is surrounded by both Canada and the US, more particularly Michigan and Ontario. The St Marys River serves as Huron’s primary entrance, while the St Clair River serves as its primary outflow.

Most people know Lake Huron for its numerous shipwrecks. Off these coasts, thousands of shattered ships are at sea. 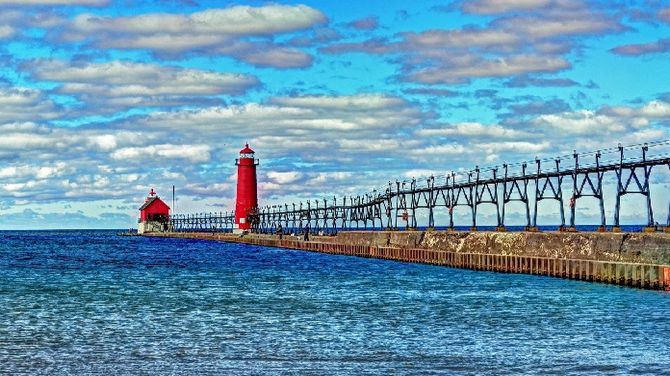 One of the five Great Lakes in North America is Lake Michigan, whose name translates to “Great Water.” Michigan comes at number 5 position in the list of the largest lakes. The only Great Lake that is totally surrounded by American land is Lake Michigan.

Along its shores are several large cities, like Chicago, Gary, Muskegon, etc. Even the world’s largest freshwater sand dunes, such as Sleeping Bear Dunes National Lakeshore, are located on its shore.

Tourism is one of the key industries at Lake Michigan since there are so many beaches, boats, and recreational opportunities there. The lake includes numerous islands, lighthouses, and parks, and it is a well-liked location for fishing. 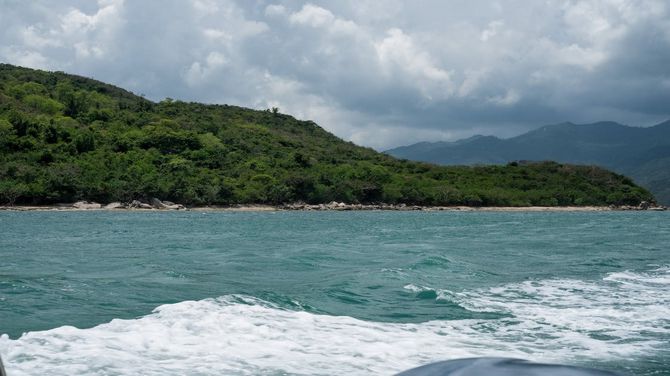 Lake Tanganyika has several records in its bag like being the oldest freshwater lake on the earth, the second-largest lake in entire Africa, etc. “The big lake stretching out like a plain” is what Tanganyika implies.

Numerous islands have sprung up in Lake Tanganyika like Milima Island, Mutondwe Island, and Kumbula Island. You will be surprised to know that several naval encounters had placed on the lake during World War I between the British and Germans. There are almost 350 different fish species living in the lake.

Since there are Nile Crocodiles in the lake that might pose a hazard to human life, public access and swimming are forbidden. 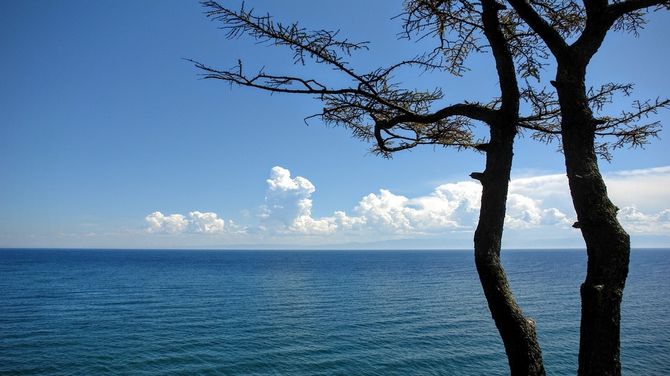 Lake Baikal, situated in Russia is considered the deepest lake in the world with a depth of 5371 ft. it is among the 25 UNESCO Heritage sites of Russia. There are more than 340 rivers that flow into the lake, Angara being the only one that flows out of it.

About 1,345 animal species and 572 plant species depend on it for their existence, including the freshwater seal known as the “Nerpa.” Due to its breathtaking scenery, this lake has been crowned with the tiles “The Pearl of Siberia.” The Lake is home to roughly 27 rocky islands, with Olkhon Island being the largest. On the frozen lake, locals frequently partake in winter sports including ice skating, ice jogging, and ice fishing. 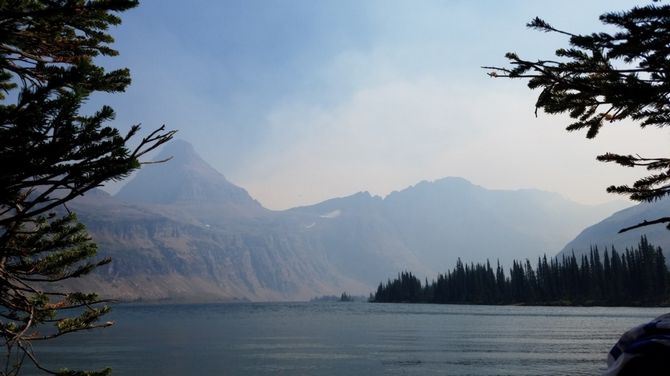 The Great Bear Lake has the distinction of being the largest lake in Canada as well as the eighth-largest lake in the world. Whitefish River and Big Spruce river are some of the prominent inflow rivers, while Mackenzie River is the most important outflow.

Three lodges are utilized for fishing and hunting, which are the principal human activity on Great Bear Lake. The lake is teeming with fish, particularly lake trout. The lake contains five distinct arms, and because these fish don’t migrate, each of the arms has a different species of fish.

Great Bear Lake is bordered by the thick Canadian Boreal Forest, which supports a diverse range of wildlife. Although getting here is difficult, doing so will be rewarding as it’s not only beautiful but also full of cultural diversity.